Samuel and Mariama were welcomed by Willa Cather students who assisted in Ship Hope, and featured on the school’s website.

“Last year the Cather Elementary Core and Traditional second graders headed up a donation collecting campaign for the country of Sierra Leone to be a part of  “Ship Hope to Africa” taking place across the city of Omaha.  They collected van loads of books, clothing, household items and toys that were shipped to Sierra Leone and distributed to the hurting people of that nation.

On Thursday afternoon, Samuel Menyongar (who has been to Omaha previously) and his wife (in America for the first time) – thanks to generous donations – will be speaking at Cather Elementary during their visit.  They will speak to the now third graders in part thanking them for their help with the collection of the donations.  They will also speak to the fourth graders as Africa is covered in that grade.

Our students have made a difference a world away and brought hope to many who had none.  The president of Sierra Leone was so moved to learn that a 40 foot container of donations – completely free – was to be distributed among his hurting people that he instructed the national media to cover the distribution!  Millard had a part in this and these student should receive recognition. “ 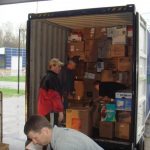 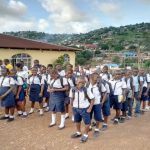 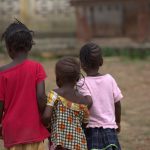 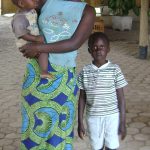