Want to do more to help? Jump right in! We have a variety of ways for you and your family to be a part of Touch the Nations’ work.

Office and Other Help

Come help us with  old fashioned letter stuffing. Help plan or volunteer to work at an event.  If you have other fundraising strategies and skills to share, let us know!

Invite Us to Speak to Your Group

If you are involved in a group, see if they will schedule Katja to give a presentation.

Touch the Nations is Based in Omaha

The Omaha community is a core part of the support team providing aid to the needy across the world. Omaha has been privileged to host two guests: Samuel Menyongar of Sierra Leone and Suzanne Nyanzobe of Burundi, who advocated for the destitute people of their nations, spreading awareness to Omaha’s youth and community. Many Omaha groups and individuals have partnered with the work in these two countries to change lives.

“Pit pat, pit pat.” Those are the sounds of my feet sprinting to get to Mrs. Starkey’s exciting classroom. She is as amusing and entertaining person to be around. Mrs. Starkey cares for many people. She is a fabulous explainer for anything you ask her. Mrs. Starkey is absolutely an amazing teacher.

Mrs. Starkey cares for everyone at Buffett but she also cares for kids in Africa.  Mrs. Starkey travels all over the world.  She went to Africa and saw kids who only get one meal a day, so at Buffett she tries hard to help those kids.  She is very helpful for everyone.

Mrs. Starkey loves to make things unforgettable for the kids in her class.  She will jump around and have amusing voices to help us understand a new word or phrase.  She loves it when we understand what she is teaching with a few laughs and giggles.

Mrs. Starkey has taught me same amazing things at Buffett.  She taught me to love what I have and not ask for any more.  She helped me succeed in math because she always explained everything thoroughly.  If I had a question she would answer it.  I look up to Mrs. Starkey as a role model.

I enjoy Mrs. Starkey’s class. She makes me feel very special that I could learn hard math concepts or a difficult word that after she taught it to me I knew what its definition was.  Mrs. Starkey is a polite and friendly person.  She is, without a doubt, my favorite teacher.

Heroes are most often seen as people who fight evildoers on cartoons like Batman or superheros.  They are also seen as firefighters and doctors, people whom save lives daily.  But sometimes, the most honorable heroes are people who get no recognition at all.  They do incredible things for others, because they feel passionate about a cause.  My real life hero isn’t a superhero.  She isn’t a doctor or a firefighter.  She’s a middle school teacher, who has done amazing things, and her name is Mrs. Katja Starkey.

Growing up, Mrs. Starkey was taught to always think of others.  She was in her church’s youth group and participated in projects similar to those of Habitat for Humanity.  Since then, she has always had the priority of giving back to the community.  As an adult Mrs. Starkey continued to give back by doing relief work in Turkey following earthquakes.  She completed jobs like distributing heaters and blankets, as well as assisting in building tents and running a children’s club.  She has also gone to various war zones in the Democratic Republic of Congo to bring comfort and relief, Sierra Leone to assist widows and orphans, and Afghanistan to bring supplies to women and children.  But not all of her work was easy.  After being a first responder to an earthquake in Turkey, Mrs. Starkey witnessed life-changing sights, which resulted in post-traumatic stress counseling.

The most important thing she has done is what she has taught us.  All the stories that Mrs. Starkey has told to me and others over the years have been extremely influential.  She has taught us about doing things for others, peace, and about helping others that are not as fortunate as us.  Even as a fifth grader, she opened my eyes to the world around me and showed me that the world isn’t perfect, but that we can help change it.  She taught us this through lessons revolving around the orphanage she helped fund in Burundi by saving a third of her teacher’s salary for a whole year.

True, Mrs. Starkey isn’t a doctor.  She doesn’t have superpowers and she doesn’t save the world every day, but to me she is a real life superhero.  She helps others, but she does it passionately, while informing her students.  She has devoted her life to helping others, and she is my hero.

OPS Student wrote this about Mrs. Starkey & Touch the Nations:

What makes a hero? Courage? Bravery? I say spirit. For it’s the selfless ones who think of others before themselves. The heroes that have fine qualities like loyalty, fairness, and most importantly, the willingness to sacrifice.

One of my personal heroes is Mrs. Starkey. I’ve never had her as a teacher, but I met her for the first time in fifth grade when she talked about her orphanage that she had started in Burundi, Africa. She also talked to us about what happens at the orphanage, and what she does there, and how we could help. (School Stuff 4 Orphans.) I was truly inspired.

A few years later, Mrs. Starkey was involved in another one of our school projects. It was called ‘World in Need.’ Many people came and participated at the many events there. They also donated money towards charity organizations. One of the many organizations that we donated to was Mrs. Starkey’s orphanage so that they could help out with the finances of the orphanage and maybe even accept another orphan off the streets and into the orphanage’s shelter. Everyone was happy with the outcome, but few more than Mrs. Starkey.

Mrs. Starkey is such a wonderful person. She’s interesting and kind. She is never selfish or close-minded. Mrs. Starkey has a loving heart and an open mind. Her devotion to helping others is never-ending. She has such a kindred spirit in tune with what the world needs. So much more than a teacher. She’s my hero. 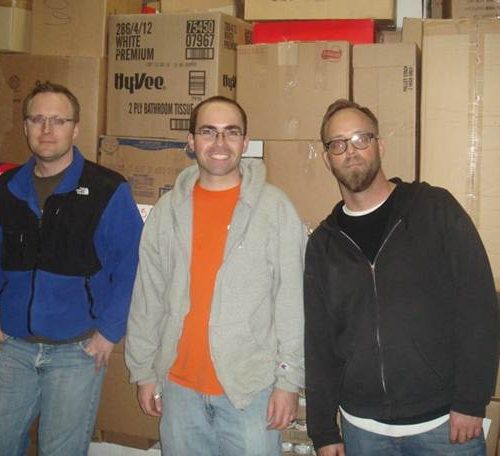 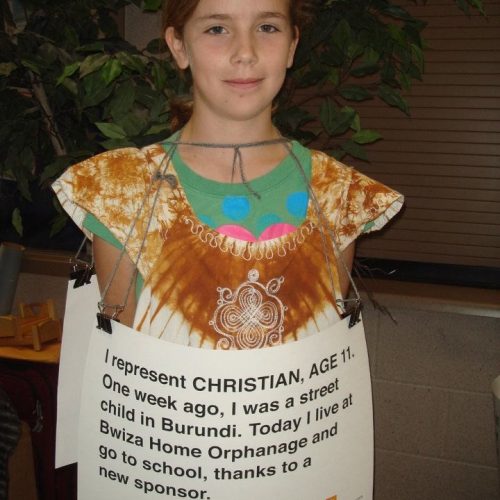 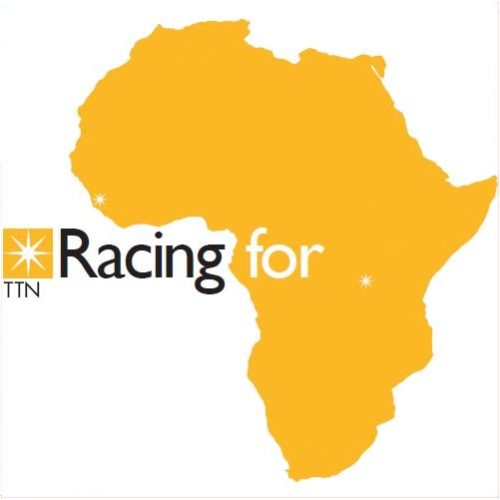 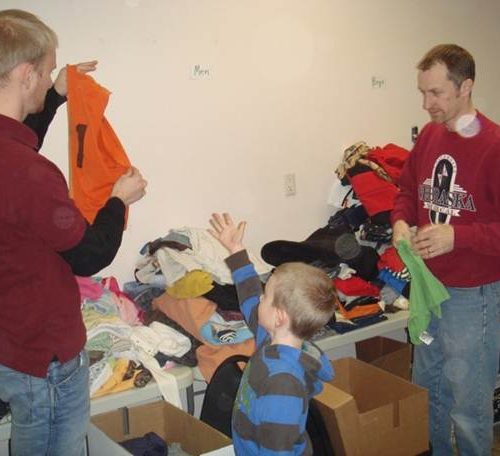 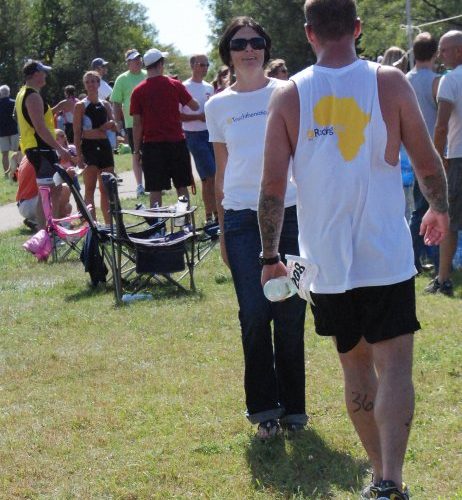 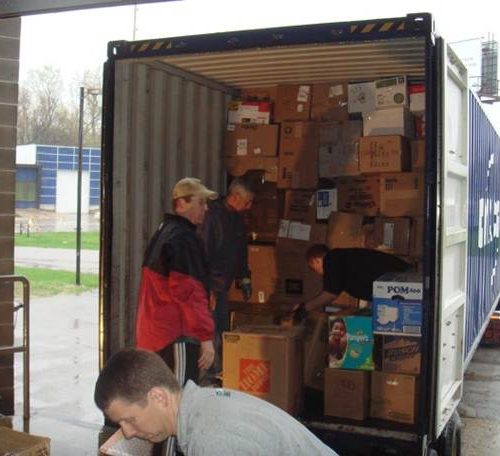 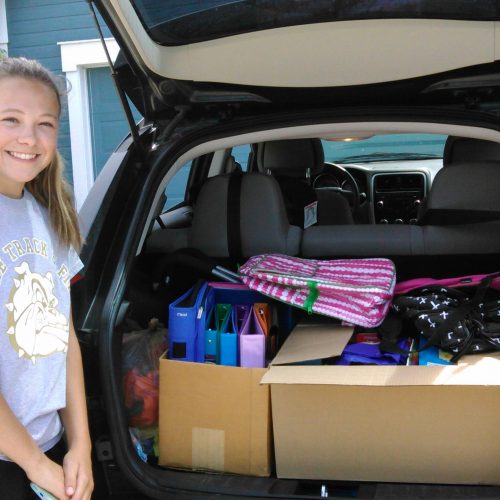 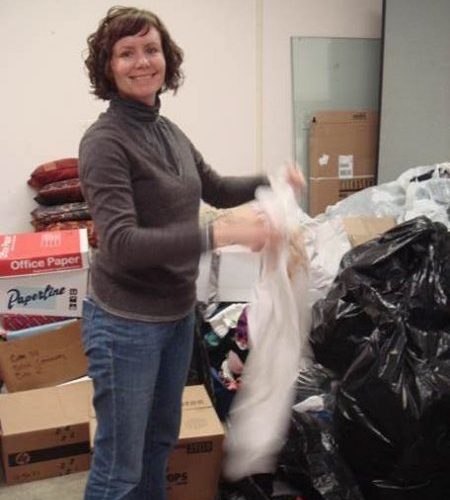 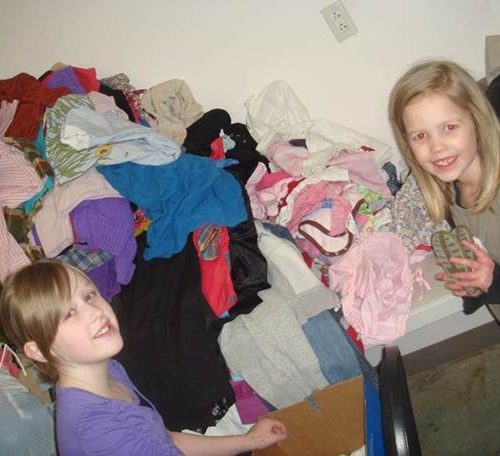 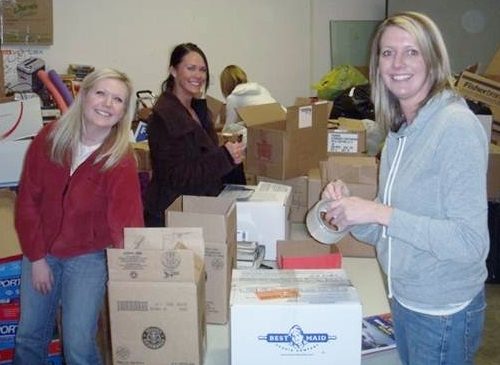 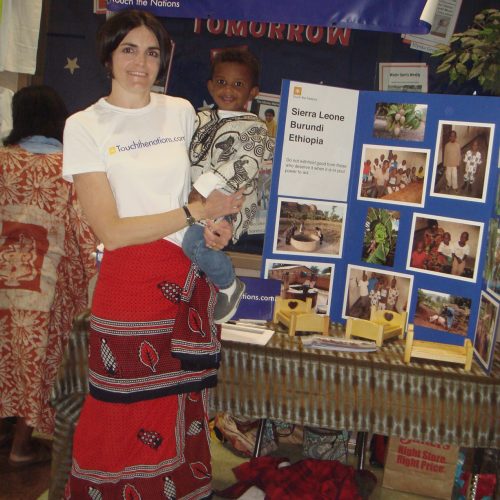 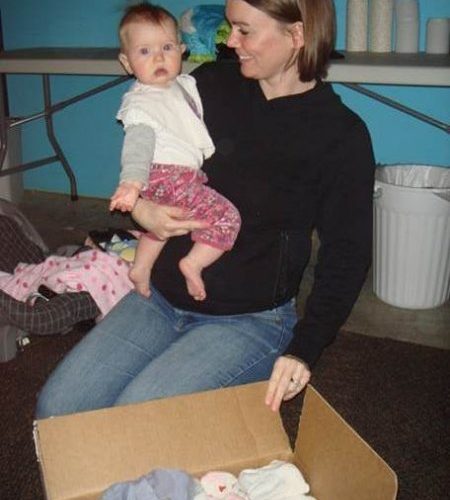 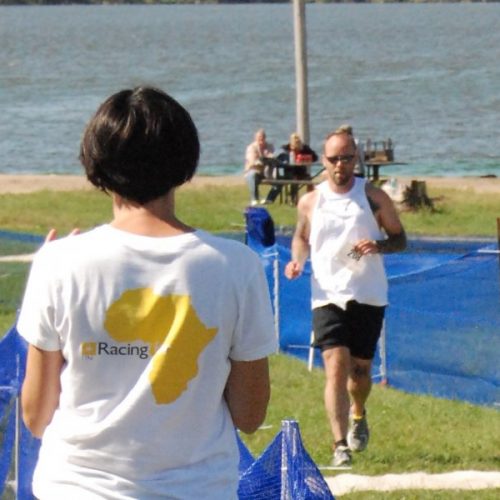 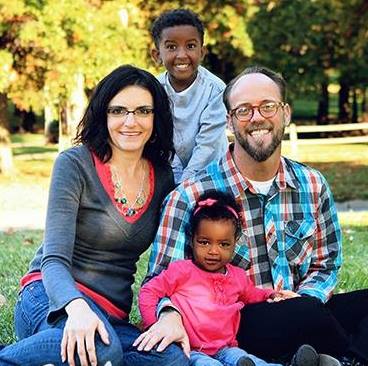 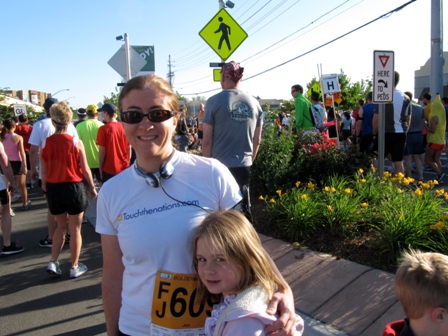 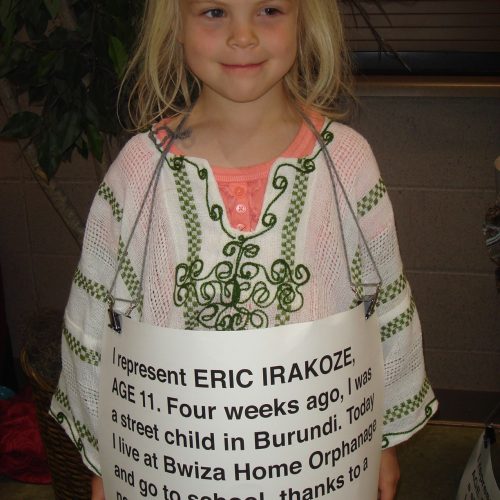 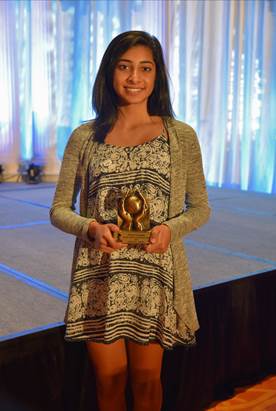 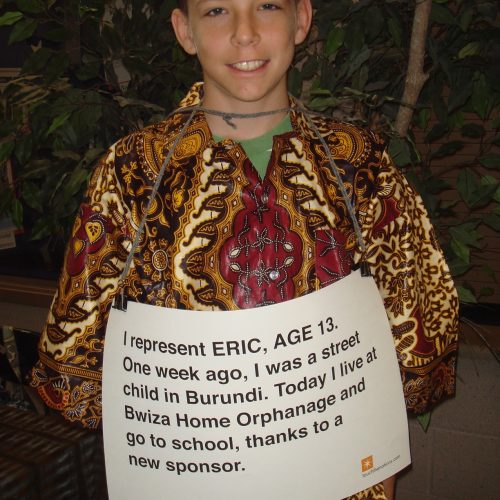 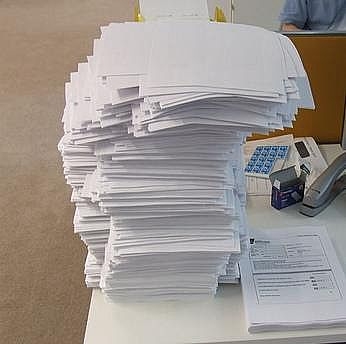 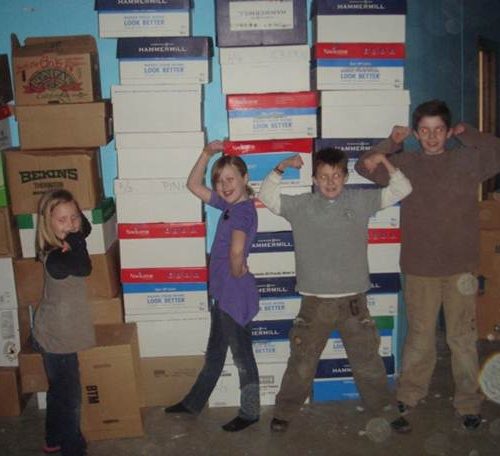 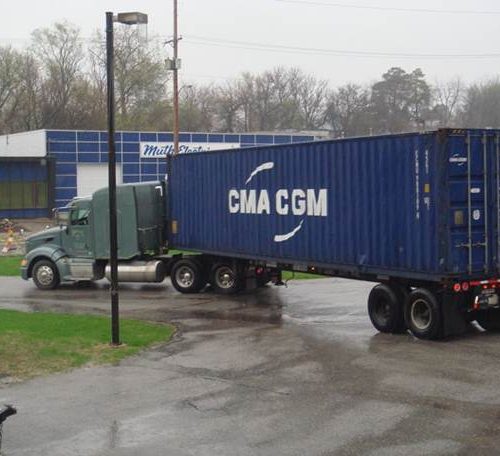 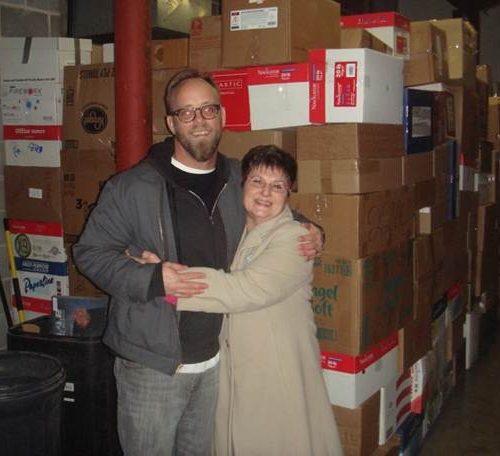 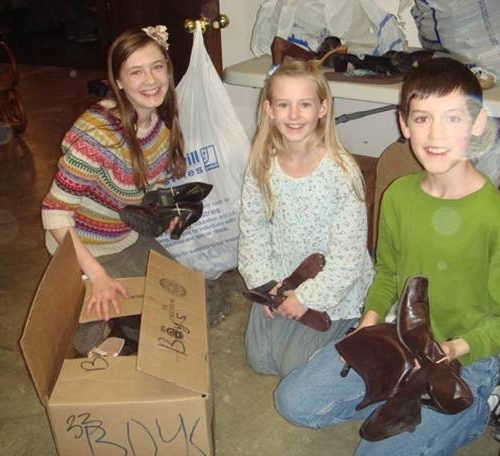 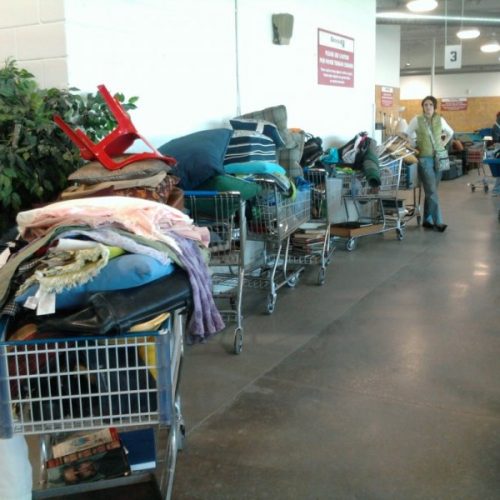 Katja and TTN in the News!

We are thrilled with how many people connected with Samuel Menyongar when he was in Omaha last week. Thank you! It was fun to hear new stories and updates in person. On special occasions, Mariama, Samuel’s wife, will lead the children from Bonnie Memorial Children’s Home down the mountain to spend time at the beach. […]

Kelsey Musgjerd, a former student from Alice Buffett Magnet Middle School, recruited friends and family to donate to Touch the Nations in lieu of receiving gifts on her 16th birthday. Her generosity reached both Ethiopia and Sierra Leone. Pictured here is a scholarship recipient expressing her thanks. “Be the change you want to see in […]

Read More
Get Involved with Omaha
Make an impact where we are headquartered in Omaha, NE. Click the button below to discover ways to get involved.
Get Involved Now
Top