The availability of toilet gives dignity to families. Eighty-three percent of Sierra Leone’s population does not have access to adequate sanitation.

Imagine a life without toilets in homes, schools, places of work, public buildings, even shopping centers. Life without a toilet means defecating in the open or sharing an unhygienic hanging latrine with neighbors. In Sierra Leone hanging latrines are mostly found in the slums. A hanging latrine is a hole in the ground surrounded by plastic, bags, or long cloths. Some people defecate in plastic bags and throw it onto the streets, some in containers and empty the contents in the open gutters at night. Toilets minimize the spread of diseases, like diarrhea. Eighty-eight percent of diarrhea cases worldwide are attributable to unsafe water, inadequate sanitation or insufficient hygiene. Ninety percent of all deaths caused by diarrhea diseases are children under five years of age, most in developing countries – Sierra Leone is one such country. In 2015, we’re hoping to expand our sanitation projects into Liberia, where Samuel Menyongar grew up. Poor or non-existent clean water and sanitation facilities are linked to high malaria and diarrhea rates, Liberia’s two leading child killers.

Would you consider contributing toward a bathroom facility in Sierra Leone or Liberia? 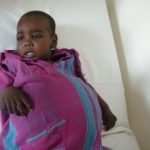 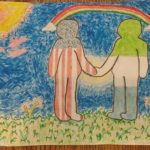 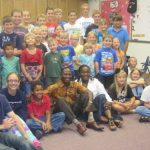