Jayden: An ex-street child who came in as an orphan of both parents, but after three years living at the home, he confessed that he has a mother. He explained that his mother has never told him who his father is. He got angry toward his mother and decided to loose both parents and become a street child. Today, we are thankful that Jayden is in secondary school and we helped him to be reconciled with his mother. The proof is that he passed this Summer with his mother.

Michael: His father, a military man, was killed during the war on the ground. His mother was so shocked and became half mad. Michael was received with the first children to the home as a street child. Today, he is a good child, and since last year, we sent him with another child to visit his mother. This summer, it was normal for him to go to visit his mother.

(The names have been changed to protect the boys’ identities.) 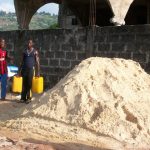 New school being built in Newton 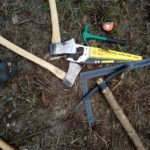 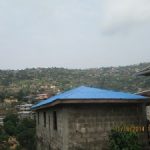