Bonnie Seigel is the mother of Katja Starkey, who founded Touch the Nations. Bonnie has served as the Secretary of Touch the Nations since its inception in 2004. Bonnie passed away on January 12, 2015. Her advocacy through practical, behind-the-scenes support as well as heart passion has impacted lives in Sierra Leone, Burundi and Ethiopia. Bonnie had a life-long dream to serve in Africa. She had the opportunity to visit Burundi, Africa, in 2008, as the guest of Suzanne Nyanzobe. She taught the boys in Bwiza Home how to play the game Battleship, despite the language barrier. It is a fond memory, as the kids initially thought getting your ship hit was good, and there was much laughter as she clarified that you want your boat to stay afloat! Her heart was poured out for the children who were orphaned by the genocide and lived on the streets. As her daughter, it was my joy to share my mother with children who had none. Bonnie also visited women, many of them widows, in Chibitoke and Makamba, to encourage them. Her impact is widespread and she will be tremendously missed.

A new Ebola orphanage is being constructed in Kondie Farm, Sierra Leone. Samuel Menyongar, who was stranded in the US extensively due to the Ebola virus in West Africa, attended Bonnie’s funeral. He informed us that the Ebola orphanage will be named “Bonnie Memorial Children’s Home” in her honor.  (See attached photos of initial development.)  Total funding needed to complete the structure is $30,000.  — Katja 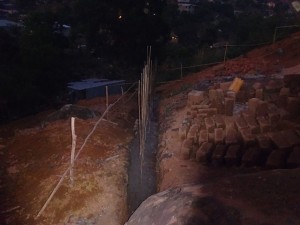 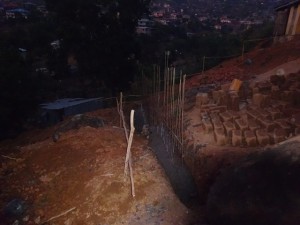 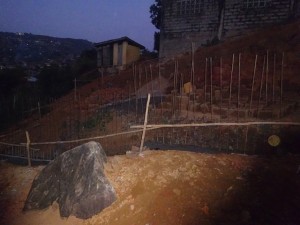 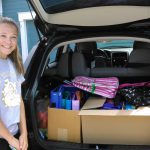 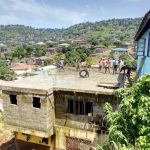 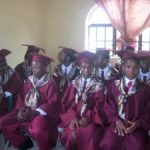 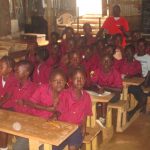