“Hawanatu” (not her real name) is one of thousands of children who have lost one or both of their parents to Ebola. The stigma against those with any connection to the Ebola virus has led many children orphaned by Ebola to be abandoned by their families, friends and even entire communities.

Hawanatu, her mother and about 50 other people were quarantined in their neighborhood of Waterloo near Freetown, closer to our Children’s Home, for 42 days. Normally people or communities are quarantined for 21 days after exposure to Ebola, the incubation period for the hemorrhagic fever. But because two people died during the quarantine, including Hawanatu’s mother, the time was doubled.

Hawanatu said that when her mother died, health workers took her away before she had a chance to say a proper goodbye.

Traditionally in Sierra Leone, grieving family members wash the bodies before burial, one reason the virus has spread so rapidly. But for those in mourning, not being able to say goodbye is heartbreaking and very painful.

Not only has she lost her mother, but she has also lost friends. Since the quarantine, her best friend has rejected her. “She doesn’t want to come close to me, and my other friends make fun of me and point fingers at me,” said Hawanatu.

It is estimated that close to 4,000 children so far have lost one or both parents to Ebola.

According to the Ministry of Health and Sanitation, as of Oct. 10, there were approximately 1,450 children orphaned by Ebola in Sierra Leone, a number that will keep rising along with the disease’s death toll, which currently stands at 4,447 across West Africa. The ministry has set up 14 interim care centers across the country to respond to this desperate need.

The Children’s Home at Newton Amputee Community has been protected.” All of the children and staff are well and healthy. We are so grateful for divine protection.”

Would you consider making a monthly commitment of $35 to sponsor a child, like Hawanatu, who has recently been orphaned by Ebola? 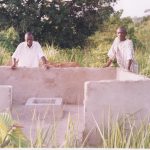 Kono water well has been completed 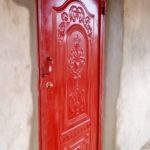 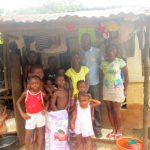